By Richard Smith, Director of SAMSI

The Statistical and Applied Mathematical Sciences Institute (SAMSI) announces a new call for proposals to organize a summer program or workshop focused on a topic within the broad spectrum of new or recent research themes covered by SAMSI, to take place during the summer of 2013. A…

The federal government is beginning a major research initiative in big data computing. The effort, which will be announced on Thursday, involves several government agencies and departments, and commitments for the programs total $200 million.…

Big data must really be big to get its own White House-sanctioned research and development push. 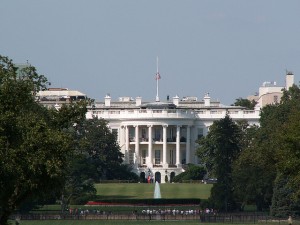 Announcement from our Lavastorm Analytics Partner

When Justin Bassett interviewed for a new job, he expected the usual questions about experience and references. So he was astonished when the interviewer asked for something else: his Facebook username and password.

Bassett, a New York City statistician, had just finished answering a few character questions when the…

It’s been quite a while since business intelligence was the sole province of high-level strategic planners and C-level executives. Today, BI tools and analytics insights are being used by increasing numbers of people to answer immediate tactical questions and identify optimal courses of action. This trend has been enabled and accelerated by the consumerization of IT and the “democratization” of tech knowledge. As…

Finally healthcare expenditures are shrinking in US

Hospitals laying off workers, blaming in on fewer patients and lower revenue... No statistical model was able to predict it, although the explanation is obvious.

After several years into Great Recession

Analytics & the future of healthcare

Interesting stuff from the Analytics Magasine from INFORMS (The Operations Research Society):

Interesting newsletter from the Wharton School (they offer Analytics MBAs)

First of all, our team is absolutely delighted that Judea Pearl won the ACM Turing Award, widely considered the "Nobel Prize in Computing". For well over a decade we've been exclusively committed to developing software based on Bayesian networks, a paradigm established…

Big Data: The Only Business Model That Tech Has Left | Forbes

50 unusual ways analytics are used to make our lives better

Many more to come soon. Let's start with 10 for today.
Continue

Has a degree in mathematics become worthless? | IEEE

The queen of the sciences may someday lose its royal status

an introduction to reinsurance

In an attempt to navigate what the New York Times calls the "Age of Big Data," companies often turn to social media engagement platforms to analyze thousands of blog posts and articles. Until now, these platforms have only been able to automatically provide results by media source, not by author. However, AlchemyAPI recently developed the first text mining service able to isolate the author of a blog or news post — at a rate of one thousand posts per…

For statistical process control, a number of single charts that jointly monitor both process mean and variability recently have been developed. For quality control-related hypothesis testing, however, there has been little analogous development of joint mean-variance tests: only one two-sample statistic that is not computationally intensive has been designed specifically for the one-sided test of Ho: Mean2<=Mean1 and StDev2<=StDev1 vs. Ha: Mean2>Mean1 OR StDev2>StDev1 (see…

27 types of data scientists - where do you fit?

Three metrics can be used to segment the population of data scientists. Each metric has three levels: high, medium, low. Hence the 27 (= 3 * 3 * 3) types of scientists.

Here are the metrics in question:

From my email inbox: lot's of interesting stuff for Quant professionals

Random Walkers, Informal Quant Meetup in the Crosse Keys Pub
Thursday 8th March
A meetup for quants, risk managers, traders, algos, quant/devs and anyoneelse who (mis)uses maths in finance.This is not a formal affair, we are taking over the balcony area at the back ofthe Crosse Keys pub near Leadenhall…