Examples of bad charts. Share your examples of terrible, meaningless, unreadable, cluttered charts with us! 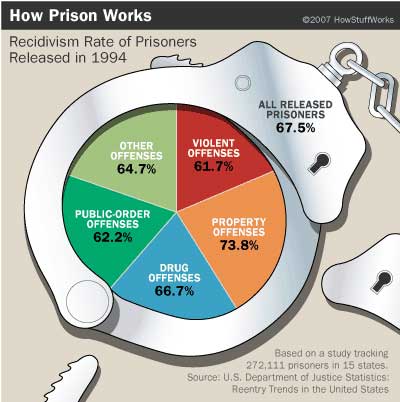 Add your own charts, and see details about these charts at …
Continue

This may be of interest to the Group

Do states have the right to make doctors' prescription data private? Or do data-mining companies have the right to gather that data and sell it? These are the questions before the U.S. Supreme Court tomorrow, as the justices hear arguments over Vermont's data-mining law. Drugmakers will be watching the case closely because they use that prescription data to market their drugs. But so will other industries that rely on data disclosure--as…

Global spending on BI (business intelligence), analytics and performance management applications jumped 13.4 percent in 2010 to US$10.5 billion, according to figures released Wednesday by analyst firm Gartner. The results reflect the…

Use of Analytics in Business verticals

In random order... My wife believes that my book choices are based on color, shape, texture, price per page, smell, thickness, decorative value, but really, I buy them (mostly) for content.

The new generation of data miners, statisticians and scientists

n many cases, organizations are still struggling to get the return on investment in their digital analytics that they were originally hoping for or could reasonably expect. Ten years on from when Web analytics started to go mainstream, why is that still the case? If we look at the possible reasons, they tend to lie in the "triumvirate" of technology, people, and processes.

A lot of organizations have access to Web analytics technology and have invested in it heavily over the years.…

Why Business Analytics is important for business more than ever NOW !!

As the global political & physical barriers are collapsing, all the global markets are getting opened for businesses, creating a fierce  competition within companies to market their products, increase their revenues, grab most of the customers. Organization are not just worried about the profitability but also survival in this tsunami of Global reach.

All along till now, Organizations were using business intelligence to get the information from the vast amount of data buried into… Continue

So what is Business Analytics & its various components

In the first post I talked about why Analytics is required more than ever now. In this post let us discuss, what is it all about & what are the typical components of Analytics.
Let us start with definition of Analytics. There are multiple definitions available but as our focus is on Simplified-Analytics, I feel the one below will help you understand better.
Business Analytics is the use of statistical tools & technologies to:
Continue

In 2010, the FBI reported that the total cost of insurance fraud in the United States exceeded $40 billion (USD).  Traditional methods of claims editing and adjudication systems, and even rules-driven fraud detection are limited.  Insurers who want to take a comprehensive approach to fraud management are adopting advanced analytics to identify new patterns and methods of fraud.

Register now and join FICO for a free webinar on…

The noble art of persuasion

One of the most prominent themes at the…

2011 Edelman Prize goes to Midwest ISO.  Midwest ISO is a energy management company and one of the largest in the world.

From the press release...

GenSTATS for Teaching and Learning in Ghana

Hi folks, it's being an exciting adventure evaluating GenSTATS for teaching and learning, well to sum up I think it is a brilliant software especially for the teaching of statistics to undergraduates, first time programmers or students from other fileds such as public health and social sciences. The ease to navigate and the tips that appear at the landing page makes statistical computing appealing and unintimidating. I will be bloging on this some more as I receive more feedback…

The IEEE VAST 2011 Challenge data sets and problems have been released.

They include the Characterization of an Epidemic Spread, Cybersecurity and an Investigation into Criminal Activity.

MINI CHALLENGE 1 : Geospatial and Microblogging - Characterization of an Epidemic Spread

Accused WikiLeaks source Pfc. Bradley Manning installed and used unauthorized “data-mining software” on his SIPRnet workstation during the time he allegedly siphoned hundreds of thousands of documents off that classified network, the Army said Friday in response to inquiries from Threat Level.

Manning’s use of unauthorized software was the basis of two allegations filed against him this year in his pending court martial, but the charge sheet listing those allegations was silent on the…

By Carl Bialik - The NumbersGuy blog on WSJ

My print column this week examines the concept of statistical significance — a concept that the Supreme Court recently weighed in on, but that remains elusive even to some scientists who use it to determine whether their experimental findings are worth…