Startups to Compete for Analytics Market Opportunity at IBM SmartCamp

ARMONK, N.Y., June 23, 2011 /PRNewswire/ -- A new generation of startups is entering the market with software designed to analyze large volumes of data, IBM (NYSE: IBM) said today. The company is coaching a new group of entrepreneurs who will compete next week in the New York City IBM Global Entrepreneur SmartCamp competition. The five finalists have developed software…

My favorite modern books (pictures of my bookcase) How do you motivate someone to create something that disrupts the paradigm and rewrites the rules? Do you say, “Give me something disruptive and I will pay you ten times your salary“. No. Disruption or innovation happens only under two situations:

From Data Mining to Statistical Data Mining: Emerging Opportunities for Statisticians and Businesses

Dr. Granville is Chief Scientist at a publicly traded company, and the founder of Analyticbridge, the leading social network for analytic professionals, with more than 35,000 members. He has created several patents related to web traffic quality scoring, and he is an invited speaker at leading international data mining conferences. Vincent has consulted with Visa, eBay, Wells Fargo, Microsoft, CNET, LowerMyBills, InfoSpace and a…

Another article from my company: Going Green with Data Mining

I thought I'd post another article from my company's president, Tim Graettinger.  Here's a little intro:  "More and more individuals and firms are taking steps to reduce their carbon footprints.  What about data mining - can it contribute to a company's efforts to have a positive impact on the environment?  My answer is an unequivocal 'yes', and in this article you'll learn the reasons why.  We'll explore a sampler platter of data mining applications that can benefit you, your company, your… Continue

As a coincidence, I noticed from Google Insights for Search that there was some sort of correlation between web search interests in "American Idol" (singing competition on US television) and "iPhone" (Apple smartphone).  Looking at the time series graph, it appears that American Idol searches are seasonal from January to May each year, which correspond to the months which this television series is broadcast.  As soon as American Idol interest drops in June, searches for iPhone spike in the…

Yesterday's expert analysis here decided that Boston has a slight advantage in spite of the finals going to game 7 in Vancouver. We decided to dig a little deeper into the data and try out a quick decision tree analysis using RapidMiner.

We are trying to find out if the data reveals any interesting trends from all the games Vancouver has played at home. Is there a…

What's Next In Analytics | InformationWeek

Social Networks: The Revolution Will Not Be Monetized | IEEE Spectrum

This is part of IEEE Spectrum's special report on the battle for the future of the social Web.

First thing you do, tear this article out ofthe magazine and carefully set it on fire. It's about the jockeying for position and revenue among the big players in social media: Facebook, Twitter, and…

When did "free" analytics get so expensive?

Interesting message found in my mailbox...


Our client is among the most well positioned fastest growing full service mortgage bankers in the US. The firm is sponsored by a $43b global asset management company with an impeccable reputation. The mortgage company's loan servicing platform has expanded 10 fold to over $70b in the past 3 years and is planning to surpass $120b within the next 12 months.…

While surfing through the Google’s official blog last night, I came across an article about schema.org, named ‘Introducing schema.org: Search engines come together for a richer web’. Bing posted the same with a different heading ‘Introducing Schema.org: Bing, Google and Yahoo Unite to Build the Web of Objects’. So, I researched thoroughly about schema.org and penned it down in my own words. Here’s my take on it:-

In the year 2006, Google, Bing and Yahoo joined hands to… Continue

Analyzing the future of cities

Just as you can look at a newspaper photograph and see both the image and the tiny individual dots that give it its shapes and shadings, city leaders look at their municipalities in terms of both the big picture and the individual citizens that comprise it.

The majority of us live in cities, and the percentage is growing. Municipal leaders who run the complex network of diverse people,… 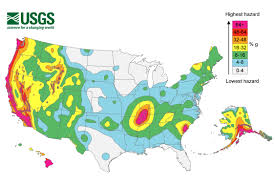 “In 2006, RFL Communications was the first to bring serious questions about the quality of online market research data to the research industry’s attention,” explained RFL President, Editor & Publisher Bob Lederer. “Our initiatives that spotlighted…

If you haven’t figured it out by now, I’m kind of a nerd. I heard on the news the other day that home prices are falling once again, and my first thought was “I want to see that graphed!” rather than “Oh no, the economy is collapsing!”

The hype and rhetoric about Agency Trading Desks (ATDs) has reached epic proportions.

Missing from the debate is an advertiser point-of-view - here's one: Agency Trading Desk Myths & Memes Debunked