Contents of this page:

StatSoft announces the release of their new YouTube video series on Text Mining. The series will provide hands-on tutorials of text mining applications. StatSoft will release a new video every week. Subscribers to the StatSoft YouTube channel will have quick and easy access to the videos as soon as they become available. Users can also register to receive emails every time a new video is…

In this post I show how the accuracy of the classifier is influenced by the bag of words.
The test has been done on a naive classifier but it returns good information about the data set. 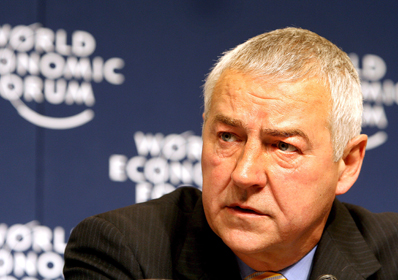 Goodnight, 68, is a tall Southerner with…

Anyone could guide me on how it works? Possibly a demo? I am interested in other tools aswell which work well with segmentation and unstructured data. Thank you guys.

The Semantic Web is an idea of World Wide Web inventor Tim Berners-Lee where the web captures the semantics, or meaning, of data, and where machines are enabled to interact with that meta data. Berners-Lee observes that although search engines index much of the Web's content, keywords only provide an indirect association of the meaning that human actors are seeking. He foresees a number of ways in which developers and authors, singly or in collaborations, can use self-descriptions and other…

Two great ideas to create a much better search engine

When you do a search for "career objectives" on Google India (www.google.in), the first result showing up is from a US-based job board specializing in data mining and analytical jobs. The Google link in question redirects to a page that does not even contain the string "career objective". In short, Google is pushing a US web site that has nothing to do with "career objectives" as…

You asked for it, you got it. The central FAQs regarding Predictive Analytics World (PAW) (Oct 16-21) and Text Analytics World (TAW) (Oct 19-20) NYC's conference agenda, answered by the founding chair, Eric Siegel.

Why should I come to Predictive Analytics World NYC?

Predictive Analytics World is the leading and largest cross-vendor conference covering commercial deployment. There's nowhere else you'll find as much content and as many leading…

Today global markets are within reach of every organization & there is a lot of pressure in increasing the revenues and market share.  Business leaders demand to know how customers and prospects are most likely to transact with them in the near and long term.
The explosive growth of various mediums to reach customers has made marketing an easy but costly affair.
Typical sales & marketing analytics will involve…
Continue

This article discusses a random number generator with an infinite period.

One of the best random sets of digits (extensively tested for randomness by hundreds of scientists using thousands of tests both in small and high dimensions) is the decimals of Pi. Despite its random character being superior to most…

Sign up for a free, live webinar on using the Analytica software application to create models for decision support and analysis of risk.

A potential new type of threat, incredibly difficult to detect, and absolutely vicious

You type in a domain name, say www.wellsfargo.com in your browser (say Chrome), and a website with broken links, broken images and badly formatted text, shows up. When you click on any link, it "redirects" you to what seems to be a true Wells Fargo page. You try with a different browser (say IE), and you experience the same problem. You visit finance.yahoo.com, and you get an 310 error message saying "recursive redirect found on the web page". You do a…

At least this is IEEE's viewpoint, if you read their recent article (front page) published in IEEE spectrum, September 2011. In a nutshell, they claim that hardware technology using Intel chips is better than software architecture to generate / simulate random numbers. See one of their prior articles at  …

New strategies to get a job offer: what's your opinion about this very aggressive approach?

With government killing business by requiring mandatory health care, mandatory sick days, and many other perks for employees (maybe salary indexation in the future), what do you think of a candidate who would say, during a job interview:

Read my full interview for AMSTATat http://magazine.amstat.org/blog/2011/09/01/webanalytics/. You will also find my list of recommended books. Here is a copy of the interview, in case the original article (posted on AMSTAT News) disappear.

Vincent Granville is chief scientist at a publicly traded company and the founder of AnalyticBridge. He has consulted on…