Doug Henschen 10/18/2011 When data grows into the tens or even hundreds of terabytes, you need a special technology to quickly make sense of it all. From Hadoop to Teradata, check out the top platform options. 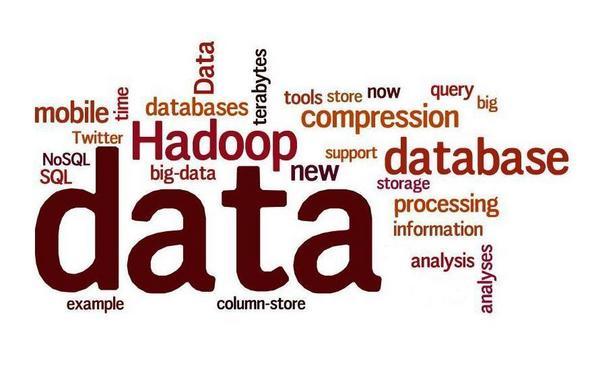 Do you have your head in the clouds?

1.8 Zettabytes, or to put it another way, 31 billion fully loaded (64gb) iPad’s – an incomprehensible amount of data that represents the estimated size of our digital universe today. To give this a little more perspective, it has been estimated that if we stored all the words ever spoken since the dawn of time, by every human, we’d need 0.0048 of a Zettabyte - just a smidgen of what we’ve already created to date.

You’re probably getting the message. Data is big, abundant and no doubt… Radar detector company Escort invented a new technique to help drivers avoid police traps, based on data mining and crowd sourcing. In a nutshell, car drivers use a mobile app on their cell phone to report any police trap or red-light camera, with just one click that will automatically provide location of the trap on a social network and alert other drivers using the mobile app in question.

(This is a repost from Statistics & Analytics Consultants Blog, which was featured on SmartDataCollective's Blogarama)

As a manager you have important business questions you…
Continue

... few thousand digits, rather then later on. So by choosing ...

Tips on Installing RapidMiner’s R extension on a Windows Machine

Although I use both R and RapidMiner in my work, I have been “late to the party” in installing RapidMiner’s R extension on my Windows machine. The primary reason being that over time I have built a regular workflow that uses these two tools separately. Also, I am one of those folks who don’t go looking for trouble. After reading several postings on how after installing the extension users couldn’t get RapidMiner started again, I figured I should let this integration fad pass or at least wait…

New ways for publishers to monetize content: our solution

How we moved from cave-man publishing - traditional web site funded by job ads - to where we are now: PLEASANTON, Calif.- February 25th, 2011 - The largest benchmark research ever done on business analytics establishes for the first time that analytics has become the new engine for business competitiveness and profitability. This landmark research from Ventana Research, which involved input from more than 2,850 organizations, makes clear for the first time the little-understood role of business analytics in the success and failure of businesses.

The research found that more than…

How do you become a data scientist?

I have read several articles on the subject, but none of the authors were really “Data Scientist” and they admit that, so I thought it was time that something was written by an actual Data Scientist.

First off, let’s make sure you understand that there’s lots of college involved, no way around that one. If you noticed a lady in the 2nd row, 3rd from the left had a mole on her nose in the last commercial you watched, you might have what it takes, even if you hadn’t thought of…

When you see google ads on Google search result pages or elsewhere, the ads that are displayed in front of you eyes (should) have been highly selected in order to maximize the chance that you convert and generate ad revenue for Google. Same on Facebook, Yahoo, Bing, LinkedIn and on all ad networks.

If you think that you see…

We all have seen the hundreds of post and blogs dedicated to Social Media and I think it’s wonderful but please keep in mind; it is time consuming to engage your audience and you must be sure you have the right potential “buyers mix” or you’ll never be more than an interesting tweet or post.

Social Media is a wonderful way to introduce potential consumers with your product and or services. But doing a little research 1st, will assist you in improving the future of your…