The Search For Analysts To Make Sense Of 'Big Data' | NPR DJ Patil explains a visualization of a person's LinkedIn network, where different groups of contacts are illustrated by different colors. Patil developed big data projects for LinkedIn — like algorithms to determine whom you might know. He now recruits mathematicians for a venture capital firm.…

Has Analyticbridge been attacked by remote terrorists?

We've experienced a number of small Internet problems that were easily fixed, just before Thanksgiving. But there was one attack that looked very weird, and the motivation behind this failed plot is obscure. Most likely, our publication of new material to better and automatically detect scammers on social networks probably triggered the retaliation. We've experienced this type of retaliation in the past, when…

In this recent editorial about the Occupy Wall Street movement, Richard Kim profiles a protestor that despite having a master’s degree can’t find a job. This particular protestor quit his job as a school teacher three years ago and took out a $35K student loan to obtain a master’s degree in puppetry from the University of Connecticut. I…

As mentioned, in many cases the customization of algorithms is the only way to achieve the target, but sometimes, some tricks can help to improve the learning even without changes of learning strategy!
Consider for example our XOR problem solved through neural networks.
Let's see how we can reduce considerably the epochs required to train the net.

We tested how Google and Bing are vulnerable to sophisticated algorithmic attacks that could potentially erase all paid ads and organic search results on search engines. 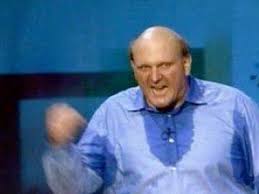 An algorithmic attack is defined by the following…

Cloudera founder Christophe Bisciglia unveiled his new startup Odiago this morning, giving to the business side scoop to TechCrunch and the technical details to Curt Monash. The company is launching a product called Wibidata (“we be data”) specializing in…

I have been working on this (mostly) annotated collection of tools and articles that I believe would be of help to both the data dabbler and professional. If you are a data…

I have become interested in the new micro-economic foundations of Macro - Rational Expectations Economics (in the context of irrational macro-policy design, particularly visible in the EuroZone); here are two interesting papers from one seminar at Warwick, link below abstracts ..

A MODEL OF REFERENCE-DEPENDENT PREFERENCES

ABSTRACT: We develop a model of…

Buy or build, a practical example to explain my point of view

I was working on the post related to the relation between IFS fractals and Analytical Probability density, when an IT manager contacted me asking an informal opinion about a tool for Neural Networks.

I was working on the post related to the relation between IFS fractals and Analytical Probability density, when an IT manager contacted me asking an informal opinion about a tool for Neural Networks.
He told me: “we are evaluating two different tools to perform…
Continue

There's apparently a shortage of analytic talent to fill these new "yield optimization scientist" and similar positions created by ad agencies. Since I get lots of resume each week from stellar, perfectly qualified candidates who want their resume posted on DataShaping, and few if any request from hiring managers looking to fill these positions, I think that

What is a “Hadoop”? Explaining Big Data to the C-Suite

Keep hearing about Big Data and Hadoop? Having a hard time understanding what is behind the curtain?

Hadoop is an emerging framework for Web 2.0 and enterprise businesses who are dealing with data deluge challenges – store, process and analyze large amounts of data as part of their business requirements.

The continuous challenge online is…

A fantastic article from one of our company's very talented engineers:  http://blog.synerscope.com/2011/11/fraud-detection-using-interactive.html

Innovations in the management of big data are getting encouragement to the tune of $100 million in potential investments from a new venture fund established by Accel. "Databases have gotten so big that we need to develop the next generation of technology that can capture, store, analyze and report on datasets that are measured in quadrillions of bytes," noted Richard McCarthy, head…

Why White, Not Keynes? Inventing the Post-War International Monetary System

Why White, Not Keynes? Inventing the Post-War International Monetary System

Why Visualization makes or breaks BI

There’s a lot of buzz around BI semantics and until recently quite a few analysts have been caught into the world of data definitions and Cubes. For obvious reasons: the current state of BI is hard to use and has required companies to scale up on report writers and other personnel with technical-to-business “translation” skills. This swath of infrastructure is responsible for getting still-pretty-raw data from enterprise systems into the hands (and more preferably the brains) of managers and…

For the past year, I have presented a data mining “nuts and bolts” session during a monthly webinar[1].  My favorite part is the question-and-answer portion at the end.  In a previous article[2], you learned my thoughts on:…

Challenges to Visual Analysis for Large Datasets
While data has been continually growing, the tools which to visualize and discover what is in that data have not significantly changed over the past ten years. Analysts are challenged with larger and larger amounts…
Continue