We all live in a digital world or rather ‘social digital’ world. This is because so many of us have taken to Facebook, Twitter and other social networking sites/tools that this has become an obsession to many.

Obviously, the huge social media traffic has provided companies an unprecedented opportunity to showcase and message themselves. Marketers and bankers have happily followed the traffic.  Now every company has a social media strategy,   mostly directed at messaging and feeling…

This newsletter contains three sections: announcements from sponsors (at the top), featured contributions from the Data Science Central community, and valuable resources for big data, data science and analytic practitioners (at the bottom).

Webinar signup: Advances in Gradient Boosting: the Power of Post-Processing

I. Gradient Boosting and Post-Processing:

o What is missing from Gradient Boosting?

o Why post-processing techniques are used?

The World's 7 Most Powerful Data Scientists

According to Tim O'Reilly. Do you recognize them? How many do you know? Do you agree with this ranking?

8 Steps to Get Started with (Big) Data

A previous post compared working with data to a digestive system. At BigML we think that the Big Data technology in Ingestion and Digestion (capturing data and processing data) is hyped at the expense of Absorption and Assimilation (creating new insights and putting them to action). Aquiring a new tool, installing it on your hardware and learning…

The word about the International Year of Statistics (Statistics2013) is starting to circle the globe. Check out this entry by the writers…

Top 50 data science / big data techniques, described in less than 40 words, for decision makers. Please help us: any definition that you fill will have your name attached to it: send your definition or new term and definition to [email protected] See also The Data Science Alphabet.…

A data scientist's solution to healthcare

This applies to US healthcare, where costs of health services are 10 times above what it should be.

Here's an unusual point of view and solution to fix the problem. This applies to individuals rather than healthcare providers:…

Will Obama care raise the cost of Pizza? Yes...by 4 cents.

Read the article at slate.

Let's continue our discussion about the applications of the graph entropy concept.

Today I'm going to show how we can re-use the same concept on the document clustering.
What I want to highlight is that through such methodology it's possible to: The data tsunami is upon us – most organizations are drowning in it. The presidential election delivered on the promise of Big Data through Nate Silver’s masterful use of predictive analytics, namely that ‘there is gold in them hills’ of data. Analytics can convert this raw data into gold. But does every organization need a Nate Silver to find that gold?

STPivot is an open source web based OLAP viewer, completely free and open source, based on default Pivot viewer provided by Pentaho, writen on top of JPivot. The idea behind this project was to improve JPivot user's experience, by taking advantage of free user interface libraries and technologies (such as jQuery and Ajax).…

Interesting, yet I don't know why Tableau, Perl, Java and Python libraries, and SAS are not included...Anyway, here's the article:…

How to sell Analytics to your boss

I have twice the experience of building an Analytic team, one with my first job and second with my current one. I left in my first job just that I was frustrated by the organization's lack of commitment to Analytic, or in other word: I found that the Senior Management did not appreciate the development of Analytic. As I learnt it after years of contemplation, the problem lie not with the company, nor the boss: It has more to do with YOU, the lonely Analytic guy out there in the organization.…

What's the fuss about MCK, BCG and BAIN?

What they are good at: Asking for cold facts, collecting it, giving relatively objective recommendations to firms and present their findings well. :-) Being an in-house analyst working with these consultants,… 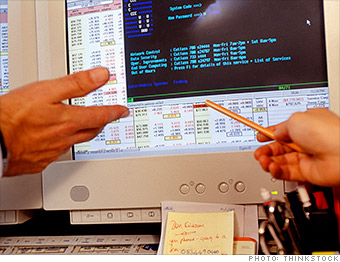