Outsourced customer service and Back Office Processing (BPO) organizations process an ever increasing number of transactions and contacts every day. Agents have access to large amounts of sensitive customer information and access to company inventory to perform their operations. Every operation that is granted to outsourced agents allows for potential theft, abuse or breach of sensitive information or goods and services.

Threats within these industries range…

Get prediction intervals for your forecasts, with this easy to apply statistical model

In the words of Dr. Chris Chatfield: “Predictions are often given as point forecasts with no guidance as to their likely accuracy (and perhaps even with an unreasonable high number of significant digits implying spurious accuracy!)”.

Our paper sets forth a synergy of existing statistical theories to obtain a clear-cut model for calculating forecasts with prediction intervals, named the… s the new buzzword within the data warehousing and business analytics community.

According to TDWI r ecent report on BIG data, there are 3 Vs of big data – Volume which is multiple terabytes or over petabytes, Variety which is numbers, audio, video, text, streams , weblogs, Social media etc & velocity which is the speed with which it is…
Continue

An updated version with source code and detailed explanations can be found here.

If observations from a specific experiment (for instance, scores computed on 10…

By improving its search and relevancy engines, to include item price as a main factor. The type of optimization and ROI boosting described below applies to all digital catalogs. Here we focus on books.… Sales forecasts: how to improve accuracy while simplifying models?

The solution is simple: leverage external data, and simplify your predictive model.

Back in 2000 I was working with GE's analytic team to improve sales forecasts for NBC Internet, a web portal owned by NBC. The sales / finance…

The credit card transaction described here in details is a real example of a fraudulent transaction performed by organized criminals, undetected by all financial institutions involved, and very easy to detect with simple text mining techniques.

It was not caught by any of the financial…

Who would have guessed, five years ago, that by 2011 we would have mobile phones that would, in a rudimentary way, listen to our questions and give us useful answers? Or ways for doctors to get help to…

Analytic professionals: are we detailed-oriented or do we think "big picture", or both?

Hiring managers always assumed that I was a very detailed-oriented person. It turns out that this is not the case: I'm certainly a very analytic person, yet I always think "big picture", and everybody who knows me well would say that I am everything but detail-oriented.…

According to the recent landmark McKinsey Big Data study, by 2018 one in two US jobs requiring deep analytical skills will go unfilled, and there will also be an under-served demand for 1.5 million business managers and analysts “who can ask the right questions and consume the results of the analysis of big data effectively.”

McKinsey and others see it…

Apply for the Innovation in Analytics Award

Need to prove something you already believe? Statistics are easy: All you need are two graphs and a leading question.

Correlation may not imply causation, but it sure can help us insinuate it.

Lately there have been several high profile new entrants into the "insights" business, most of them (but not all) from outside of the traditional market research industry. Examples range from some major global companies to small…
Continue

Each year, we add two billion hexabytes (that’s two billion billion bytes) of data just in social conversation. American companies, across 15 sectors, with more than 1,000 employees each store on an average more data than the U.S. Library of Congress. 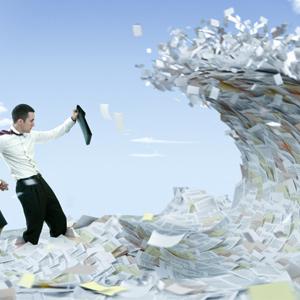 Move over, Information Age, the era of big data…

How companies are achieving competitive advantage through analytics

new book "Healthcare Management Engineering: What Does This Fancy Term Really Mean? The Use of Operations Management in Healthcare Settings"

A new affordable Springer_Briefs book "Healthcare Management Engineering: What Does This Fancy Term Really Mean? The Use of Operations Management in Healthcare Settings" is now…