The Math Behind Ticket Bargains | SeatGeek

How many of these jobs can be performed by bots (computer programs)? Here's the story:…

IT professionals estimate that they have less…

When Justin Bassett interviewed for a new job, he expected the usual questions about experience and references. So he was astonished when the interviewer asked for something else: his Facebook username and password.

Bassett, a New York City statistician, had just finished answering a few character questions when the…

Finally healthcare expenditures are shrinking in US

Hospitals laying off workers, blaming in on fewer patients and lower revenue... No statistical model was able to predict it, although the explanation is obvious.

After several years into Great Recession

Analytics used to ban texting while driving, or drunk driving, are flawed

It is certainly true that texting while driving (by young driver) is dangerous, and increases the risk of accidents. However how do we assess car crash risks?

The national unemployment rate is 9.1 percent, up nearly four points from the first quarter of 2008. Recent news has not been optimistic. In August, for the first time since 1945, the federal government reported a national net job change of zero. Meanwhile, the global economy sputters 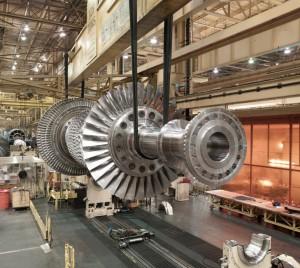 In these economic times, it…

One of my friends (referred to as the patient) holds a Ph.D. degree in statistics and has been affected with a common skin condition for more than 20 years, known as rosacea (http://www.ncbi.nlm.nih.gov/pubmedhealth/PMH0001882/). Here we report how he came with a solution to fully eliminate the problem. Physicians traditionally agree that there is no cure for rosacea.

This study involves only one patient. But…

I was reading about the "Automated Reduced Error Predictive Analytics" patent secured by Rice Analytics (see below) and my first question is:

How can you successfully sue competitors about using a mathematical technology? After all, most vendors offer error and variance reduction as well as dimension reduction and automated model selection (based on optimizing goodness-of-fit) in their software. All statistical and data mining consultants, including myself, also use similar…

A potential new type of threat, incredibly difficult to detect, and absolutely vicious

You type in a domain name, say www.wellsfargo.com in your browser (say Chrome), and a website with broken links, broken images and badly formatted text, shows up. When you click on any link, it "redirects" you to what seems to be a true Wells Fargo page. You try with a different browser (say IE), and you experience the same problem. You visit finance.yahoo.com, and you get an 310 error message saying "recursive redirect found on the web page". You do a…