Ideally, the estimate should not vary much between training sets.

Bias refers to the error that is introduced by approximating a complicated problem by a simpler model. 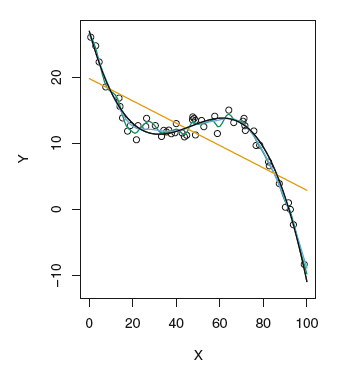 In order to develop best model for any analysis, we need to select a statistical method which achieves low Variance and low bias. This is called Variance-bias trade-off. 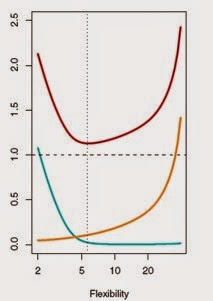 As a general rule, as the complexity of the model increases the variance will increase & Bias will decrease. The relative rate of change of these two quantities determines whether the test MSE increases or decreases. Initially, as the flexibility increases the bias decreases faster than the variance increases. As a result, test MSE decreases. However, at some point increasing flexibility has little effect on the bias and after this point the variance tends to increase significantly. This point can be treated as optimal point for model selection. As an end note, while assessing the model accuracy we need to take variance-bias trade-off into consideration.

What is Precision-Recall of a statistical learning Method?

While dealing with a classification problem, we validate the relevance of the model using Precision Recall methods.

Consider the below confusion matrix, one of the best ways to represent the results of a classifier:

TRUE POSITVE: The actual is +ve and model predicted +ve.

FALSE POSITIVE: The actual is –ve but the model predicted positive, FALSE ALARM

FALSE NEGATIVE: The actual is +ve but the model predicted negative - A MISS

Precision: % of the predicted values that are correct.

Recall: % of the correct items that are relevant.

Both Precision & Recall are inversely related, if precision increases, the recall falls, vice versa. Trade-off between Precision and Recall varies from problem to problem. For example, in Legal document classification problem, model needs to have high Recall, as the model needs to extract/classify more relevant.